Even after living in Brazil for two years, these are still the top three questions I get. (Mickey Mouse and fast food being far more popular inquiries than the American right to bear arms).

Still, I prefer my current reality to the one I was living before, hemmed in by a cubicle and dealing with a daily grind that was less than inspiring.

After 17 years as a financial TV news producer in New York City, I had decided it was time to stop ignoring the sad and stifled voice inside me, and take to the road. I wanted to write and travel and live something that felt free (to me). But how, exactly, to make that happen? Up until now, I had let money, responsibilities, family and life hold me back.

In an attempt to shake things up, I had started volunteering in NYC as a conversation partner with non-native speakers. To my surprise, I enjoyed it immensely. I started researching ESL teaching opportunities abroad and eventually made the decision to get a CELTA certificate at Teaching House. I wavered a bit at first, after reading several first-hand accounts of people landing in Thailand on a one-way ticket and scoring a teaching job based solely on the fact that English was their first language. But, for me, that didn’t feel right. I had no teaching experience, knew nada about lesson planning and had no clue what a “gerund” was.

My CELTA course shifted my life in the right direction, bringing me into contact with people from a variety of backgrounds and challenging me in the best possible way. It awakened a part of my brain – the part that loved to learn and got a bit overheated when pushed too hard – that had been dormant since, well, college. So my plan was to polish off that CELTA and head to Hanoi, a city I had been yearning to revisit since the month I had spent wandering through Vietnam.

Then, a rough-and-tumble Brazilian boy waltzed into my life and changed my path. When I found out he owned a language school, I thought it couldn’t just be a coincidence. And yet I struggled with the idea of delaying my dreams for a boy, not to mention that I had a rule against being involved with someone I worked with. But, despite all this, I bought a one-way ticket to Brazil. Apparently, I was all about doing things differently than I had for the first part of my life!

It wasn’t easy at first. While many may look at the ease with which I landed my first TEFL job as luck, I was also faced with the combined forces of having to manage an evolving relationship and a new career simultaneously. I was also battling a serious language barrier in my new home city. This meant that there was no “popping into” the grocery store, as such an excursion now took at least one hour of translation mishaps and mime hilarities. And while I did take a break from teaching to do some solo travel, I wandered for four months, rather than the original ten I had planned. 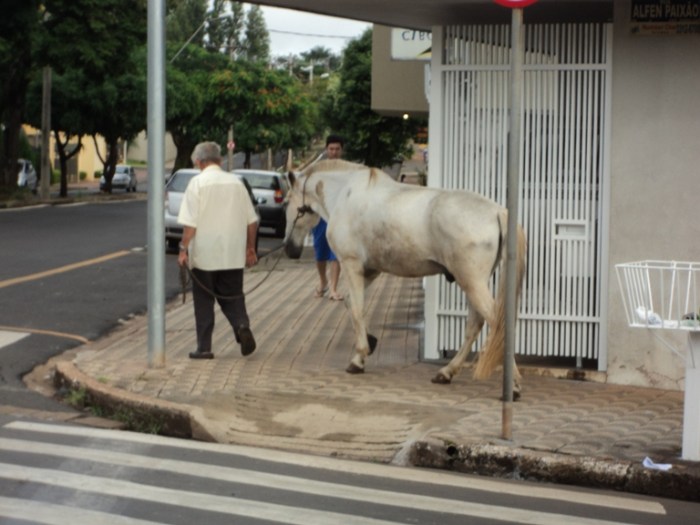 At first, I thought my CELTA training had no relevance in my real-life classroom lessons. My groups were much smaller than those on my teacher training course and I found teenagers to be a serious challenge in the attention-span area. It was hard to manage a group where some students caught on right away and others struggled for weeks. But as time went on, a lot of my CELTA training skills quietly asserted themselves, such as time management during a lesson and making sure I got students got more talking time than me.

However, my real education came from being here, in Brazil and in the classroom. Nothing can compete with being on the ground in a new environment, soaking up a new culture, struggling against that language barrier and learning not just about the locals, but also about myself. It’s amazing what we humans can adapt to!

I enjoy my students’ assumptions of me as an “American.” And, in the meantime, I’ve discovered some inaccuracies of my own: All Brazilians do NOT love samba. Many could care less about Carnival. And most are more than mildly annoyed that the general global opinion of them consists of football and favelas.

So what HAVE I learned in the classroom?

1) Age is a state of mind… until you’re facing a room full of 13-15 year olds. Then you, my friend, are OLD. They are a different generation; one that can simultaneously text messages and absorb a grammar lesson, and it’s nothing personal. They also make great tech support! But don’t be afraid to discipline and take that phone away if they aren’t grasping the difference between verb tenses or adverbial clauses. 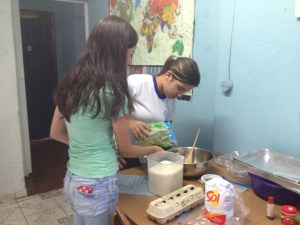 2) Students today may be plugged in and “friending” you on Facebook, but there’s nothing like a competitive round of Taboo, Scattergories or any other old-school board game to get them fired up.

‍3) Think outside the box. Students (especially teens) get bored easily. So, teach them English differently. For example, have a bake-off, where two teams have to read a recipe, complete it, and have other students in the school vote on their favorite.

4) If you’ve been to Disney World twice, you’re basically a rock star.

However, the best lesson I’ve learned is one I already know, but never get tired of experiencing: people are basically the same everywhere in the world. They want to be happy. They are curious and rarely intentionally offensive. A smile goes a long way. And while change is deathly frightening, the idea of that fear is often much worse than the reality. Push past it, and a whole new world awaits.